Frontier to Launch 15 Routes from Newark 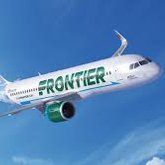 Low-fare carrier Frontier Airlines will introduce 15 nonstop routes from Newark Liberty International Airport this fall, filling the void left by Southwest when that carrier stops serving the airport in November. Southwest currently offers up to 20 departures per day to 10 cities. It is consolidating its New York area service at LaGuardia Airport. The new Frontier routes include two international destinations: Cancun, Mexico and Punta Cana, Dominican Republic, both starting next spring. They will also include Chicago, Dallas, Denver, Miami, Palm Beach, Atlanta, Phoenix, Raleigh, San Juan, Las Vegas and Ontario, Calif. The domestic routes will launch later this year and next spring. All flights will operate outside what the carrier calls the “delay-prone” afternoon hours.
Site TitleSite Slogan