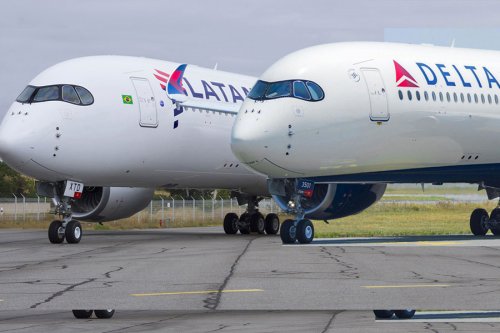 LATAM and Delta Air Lines have received final approval, without conditions, of their commercial agreement (“trans-American Joint Venture Agreement” or “JVA”) by the Brazilian competition authority, the Administrative Council for Economic Defense (CADE), after initial approval was granted last September. The JVA seeks to enhance the route networks served by both airlines, delivering a seamless travel experience between North and South America. The Delta-LATAM agreement has also been approved in Uruguay, while the application process continues in other countries, including Chile. Ed Bastian, Delta’s CEO, said the approval furthers the airline’s mission to provide customers in the market “with the world-class travel experience and options they deserve.” The arrangement will feature codeshare agreements between Delta and certain subsidiaries of the LATAM group; reciprocal loyalty program benefits; shared terminals and faster connections in New York and São Paulo; and reciprocal lounge access.