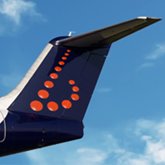 Brussels Airlines is replacing seven of its 10 A330 long-haul aircraft, which the carrier calls the most important investment project in its 16-year history. The first A330 left in November after 25 years of service, to be replaced by an A330-300 CEO airplane. That is the first of the new fleet that promises, said the airline, quieter, more efficient and environmentally friendlier planes. Besides new aircraft, the airline is also investing in an entirely new cabin interior for all three travel classes, providing guests greater on-board comfort on all international flights to Africa and the North Atlantic. Brussels is Belgium’s national airline, connecting the country’s capital to more than 100 destinations, including 23 in Africa, which the carrier considers its second home. It also has more than 90 destinations in Europe and three in North America, as well as Tel Aviv and Mumbai.
Site TitleSite Slogan