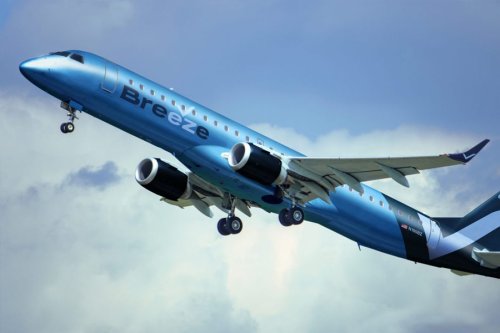 Breeze Airways, the low-cost carrier founded by JetBlue founder David Neeleman, has named Tom Doxey to the new role of president and Natalie Atwood as chief people officer. Doxey comes to Breeze from United Airlines, where he most recently served as senior vice president of technical operations. He previously served as United CFO of operations and also oversaw fleet planning and transactions.  Prior to joining United in 2016, Tom served as vice president of fleet and corporate finance at Allegiant. His aviation career began in the finance department at US Airways. Atwood joins Breeze from HealthEquity, a Salt Lake City-based administrator of health savings accounts, where she served as executive vice president of people and oversaw all human resources functions. Prior to that role, she was responsible for the people function for their member services center, as it expanded to support 500,000 members.  Atwood previously worked for American Express for a decade, leading a corporate training team and overseeing the service center workforce management function. Neeleman said the two executives join the airline at a pivotal time in the company’s history as it approaches its one-year anniversary, welcomes the Airbus A220-300 to its fleet and continues its rapid expansion across the US, including transcontinental flights.