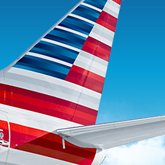 American Airlines is expanding the availability of its basic economy fare. The cheaper offering, which doesn’t include a carry-on bag or advance seat assignment, has been tested on an increasing number of routes for the last six months. The airline now plans to introduce the fares across its entire domestic system by the end of September. American and other legacy carriers have introduced basic economy fares to compete with low-cost competitors like Spirit Airlines. Among other restrictions, passengers booking these fares: are not eligible for upgrades, even elite loyalty program members; must board with the last boarding group; and cannot get a refund or a flight change, even at a fee. United Airlines introduced basic economy on virtually all domestic flights in late May.