Frontier and Hawaiian Air join United mandating workers have the vaccine, while American, Southwest and Delta say they will not >> 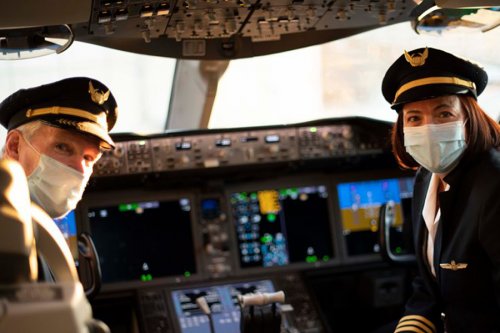 Following a move by United Airlines to mandate the vaccine for its workforce, the leadership of three major competitors – American, Southwest and Delta – have made it clear that they will not make getting the COVID-19 vaccine a condition of employment for their current workers. Meanwhile, low-cost carrier Frontier Airlines has also announced its own mandatory employee vaccination policy which will go into effect on Oct. 1. And Hawaiian Airlines says it will require all its US-based employees to be vaccinated by Nov. 1, according to reports in the Honolulu Star-Advertiser. Workers for both airlines who either cannot – for medical or religious reasons – or will not get the vaccine will be required to show negative coronavirus test results on a regular basis.

In setting the policy for United employees, CEO Scott Kirby and president Brett Hart cited what they called “incredibly compelling” evidence of the effectiveness of the vaccines, In note to employees, the executives said that the airline is requiring virtually all of its 67,000 US employees to be vaccinated against the COVID-19 by no later than Oct. 25, or risk termination.

On the other hand, Southwest Airlines CEO Gary Kelly told employees in an internal memo that the airline is encouraging employees to be vaccinated, but the company policy not mandating the vaccine remains the same. And in an interview, Delta Airlines CEO Ed Bastion pointed out that three-quarters of the company’s workforce is already vaccinated, so a mandate for the vaccine is rapidly becoming unnecessary. "What we’re seeing is every day, those numbers continue to grow. I’m really proud of our team." However, both Delta and United have started requiring newly hired employees to show proof of vaccination.

Prior to the United announcement, American Airlines CEO Doug Parker also announced his airline would not force its workers to be vaccinated. “We certainly encourage it everywhere we can, encourage it for our customers and our employees, but we’re not putting mandates in place." Although the airline is not requiring vaccinations, the company is offering incentives for their workers to get the shot, such as an extra vacation day or gift cards.