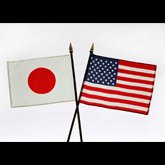 An amended US-Japan Open Skies Agreement will see an increase of flights to Tokyo’s Haneda Airport. The agreement allocates 12 new slot pairs for US carriers and 12 for Japanese carriers. The deal’s signing comes after the US Department of Transportation awarded the available slots to American Airlines, Delta Air Lines, Hawaiian Airlines and United Airlines. DOT said it expects the new services to begin on or around March 29, 2020 with the beginning of the summer traffic season and in time for the Tokyo 2020 Summer Olympics. Located 8.7 miles south of Tokyo station, Haneda served as the city’s main international airport until 1978, when Narita Airport opened and eventually hosted almost all international flights, leaving Haneda as primarily a domestic hub. However, with the opening of a third terminal in 2010, Haneda began hosting international flights again.
Site TitleSite Slogan