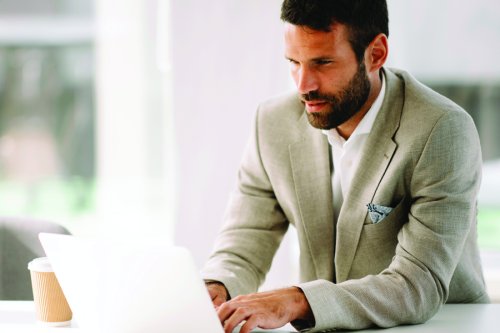 After discussions with myriad buyers and suppliers, we can reveal that, yes, there will be an RFP season in 2022. The negotiation process will be traditional in many ways – but also decidedly different. It will be a season that sees sharp increases in rates that turn a buyer’s market into a seller’s market, a growing emphasis on dynamic pricing, new dimensions to traveler satisfaction and a heightened focus on sustainability.

Laura Kusto, vice president and global hotel practice lead for BCD Travel and Advito, says what she sees is largely a return to traditional sourcing. However, programs will have fewer properties since overall travel volumes are still not at 2019 levels. “But the process itself will be traditional,” she says, “which will be a sigh of relief for many.”

There will absolutely be an RFP season, says Lukasz Dabrowski, senior vice president-global supplier relations for HRS, the hotel booking portal, but will some differences. One is that travel managers will be seeking to include the entire scope of their travel – including meetings and groups and extended stay traffic – in negotiations. That is not only to create more leverage “but also to think ahead toward compliance.” The other element that will make this year less familiar, he says, is a significant increase in efficiency thanks to technologies that enable the process to last 4 to 6 weeks instead of as much as nine months.

One travel buyer agrees. Stephen Gheerow, senior manager, global travel, for the Bill and Melinda Gates Foundation, says the organization now goes through its RFP process once a year in mid-year. In the past, rate loading was done twice a year. And while the process in the past might have taken three months or so, it is now down to two months or less – similar, Gheerow says, to what he hears from his peers.

Most corporations will conduct an RFP process, says Robert Brunn, senior director of corporate sales, worldwide, for Small Luxury Hotels of the World. The goal is to establish preferred rates for the markets where they have significant volume because they need preferred rates in place “to secure availability for their last-minute travel as that is as important as the savings and program integrity they hope to establish,” Brunn explains.

“We are expecting a very robust RFP season,” says Cara Banasch, vice president of sales at Omni Hotels and Resorts. Much like other segments that have been rebounding, she says, “we expect that [travel managers] will want to negotiate appropriately to buffer for any change in circumstance should we face additional uncertainty.”

According to Ashley Gutermuth, director at FCM Consulting, most major chains have already said there will no longer be rollovers or the additional price assurance discounts that had been offered the past few years. The RFPs of the recent past where hotels might entertain negotiated rates for corporates with negligible or unproven spend she says, “are gone.”

IHG Hotels & Resorts is preparing for a more traditional RFP season, according to Tamara Laster, vice president, global sales strategy. The company is moving away from rolling over rates and anticipating increases in many markets. It is important to remember, she said, that not all markets are recovering at the same pace, but even weaker markets may see increases driven by inflation, labor costs and historically high leisure volume.

Not all is “traditional,” however. Many corporate travel executives have decided to move away from long-held practices, says Bjorn Hanson, adjunct professor at the New York University School of Professional Studies' Jonathan M. Tisch Center of Hospitality. One reason, Hanson says, is that some services have not been fully restored, and there are service problems as hotels face staffing challenges.

“More progressive buyers,” says Steve Reynolds, CEO of Tripbam, a hotel shopping provider, “now have the tools and deal structures in place to source additional discounts as needed, switch from static to dynamic discounted rates, and adjust their hotel programs to adapt to in-market changes.” These changes, he says, ”eliminate the legacy RFP processes for buyers who have adopted them.”

Rates vs Relationships
While some buyers believe hotels are seeking to make up for two years of severe losses, lodging executives disagree. Banasch says there is no mindset to recover losses “for that business interruption in our current cycle of opportunities.” Many of Omni’s clients, she says, have been long term partners and “our teams have a broader scope of perspective on the business cycle.”

At Marriott International, rates are reflective of current supply, demand, and other factors and less about trying to make up for the past two years, says Drew Pinto, global officer, global sales, distribution and revenue management. As global travel managers have a difficult time estimating their travel spend for 2023, he says, “we are focused on how we can keep the lines of communication open to find a solution that works for all parties.”

Dorothy Dowling, senior vice president and chief marketing officer for the BWH Hotel Group, says that while the cost of running a hotel has become more expensive, the company sees its customers as true partners, and that comes with a dedication to finding unique solutions for their specific needs. “One of the most inspiring and gracious things we’ve seen,” she says, “is an overall understanding of how the economy has impacted business – not just the hospitality industry.”

At FCM Consulting, Gutermuth says, it is expected that negotiations will be more about “increase mitigation” versus rate reduction. Capturing and measuring market (or best available rate) savings will be critical, she says, to see how programs are comparing to rates available to the public and to their peers.

Negotiations will be “tough” this coming year for both buyers and suppliers, says Pauline Robin, senior director at RoomIt Solutions, the consulting arm of RoomIt by CWT. Hotels are now facing inflation issues, resulting in price increases on their major products and services. Consequently, Robin says, general price increases on corporate rates are to be expected in most markets, something her company is already witnessing with a year over year average daily rate growth of over 31 percent through April on all rates.

Will Dynamic Dominate?
Speaking at the NYU International Hospitality Investment Conference recently, Christopher Nassetta, CEO of Hilton, said that from his company’s point of view, the focus has been on shifting the bulk of business travel to dynamic pricing. And that seems to be a gathering force in the industry that buyers need to be aware of.

Many corporate programs, says Brunn, have taken the tack of establishing dual rates with preferred hotels. They are negotiating fixed rates and also asking for a discount off best available rate, then requiring the hotels to honor whichever rate would be lower at any given time. Most hotels, he says, have agreed to this requirement.

Laster says IHG is seeing greater adoption of dynamic pricing and customers pursuing them as a way to show value. Multi-year dynamic rate RFPs, says Laster, are a new trend as this helps teams work more efficiently. Dynamic pricing, she says, offers the best of all worlds because buyers – and their travelers – have “always on” access to inventory and discounts for all hotels through chainwide discounts, or bespoke dynamic programs proportionate to the buyer’s ability to move share.

Buyers strike a more cautious note. Hotels will be keen to offer dynamic rates, Robin notes, while buyers should aim at securing the lowest static rates in the negotiation process. Travel managers, she says, should put in place a hedging strategy where static corporate negotiated rates will act as a ceiling when rates are high, while a TMC's dynamic rates will help when public rates are declining.

According to Gheerow, his hotel program has evolved into a combination of static rates in key markets where there is a lot of travel volume, while in secondary and tertiary markets, the organization might seek a percentage off BAR with a float down. “We find that kind of mix very effective,” he says, “and travelers like it because it gives them more options.”

Blake Carling, director of business development for Grand America Hotels & Resorts, says dynamic pricing “has not historically been the norm in our marketplaces.” There is certainly some appetite from the supplier side to adopt dynamic pricing, he says, while the client side continues to embrace fixed rates.

Emphasis on ESG
Nobody expected sustainability to be such a powerful “hard criterion” in this procurement season, says Dabrowski. He explains that HRS has dived into this wave with its Green Stay certification program, which aims to not only provide a consistent standard, but to integrate it with booking and procurement tools. As a result, the program has strong buy-in from the industry, including mega players like Marriott and Accor and with distribution in more than 75 countries.

Gheerow says environmental, social and governance goals, especially those around DE&I (diversity, equity and inclusion) and sustainability have “always been part of the fabric of the foundation and that has not changed over the years.” He has incorporated these elements in the hotel RFP program by bringing awareness and having a dialogue with his preferred hotels.

ESG a top priority for IHG, Laster says, noting the company’s launch last year of its Journey to Tomorrow, a 10-year action plan to help shape the future of responsible travel. In addition, she says most corporate buyers and travel management platforms are placing an emphasis on ESG from the beginning of the negotiation process. For example, meetings management provider Cvent has added ESG questions to their platform and clients will use the information when selecting hotels.

Pandemic Driven Changes
“The pandemic changed the working environment forever,” says Robin. Corporations are having a hard time figuring out what their key destinations are since fewer people are traveling to headquarters and more employees are working from home or remotely. Travelers’ needs have changed during and post-pandemic, she adds, and will remain subject to change in the near future. The RFP process will need to integrate all these additions and changes.

This RFP cycle will be largely speculative in terms of anticipated return to office, return to travel, and capability to meet historic thresholds, Banasch cautions. Next year, she says, will likely be a better measurement against real results and some “new normal” history of actualized business.

Gheerow also sees a need for more innovation in hotel sourcing and in the RFP process which, he says has gotten “stagnant and stale” because “it is the only process we all understand and accept.” He notes that there are new technologies aiming to disrupt the landscape, but he would like to see more of that. He says the pandemic could have been “a great opportunity” for the industry to look at these issues and find a better way to source.